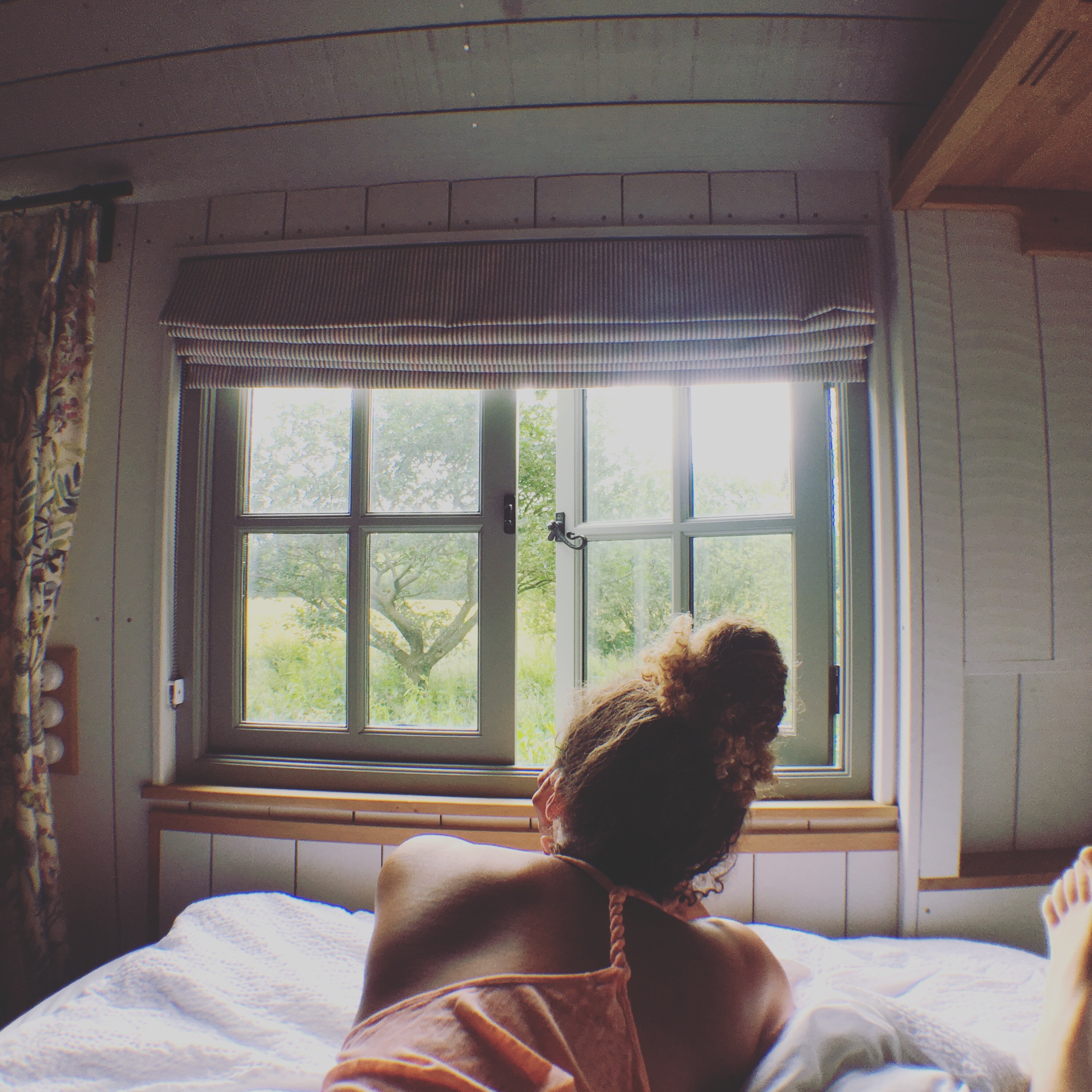 Finding Yourself to Lose Yourself

We spent our late teens and early twenties studying, working and shopping in Selfridges. Some of us even managed working and shopping in Selfridges - it was the number one noughties side job. Some of us wore designer clothes and many of us spent our paycheques and student loans on weekly raving. Ten Rooms, SW1, Loop Bar. So very far away from pitching up a tent by the river Ganges or trekking through a remote part of South America. While the privileged were busy trying to shake off their privilege, the rest of us were trying to taste a piece of the pie. While Will, Ed and Lucy tried to challenge their comfortable existence, we armoured ourselves with as much comfort as we could.

Much of this can be passed off as an economic outcome. It does make sense that if you come from a background where poverty, struggle and discomfort are not too distant memories that you wouldn’t want or need to stay overnight in a shack somewhere to understand it. My girlfriends at the time were more interested in staying in five star hotels than pitching up tents. Also, there is of course the Western, white, invisible cloak of protection that is with you, even when in a mud hut in Mozambique. And knowing that parents could probably fly you home in a heartbeat if the discomfort became too uncomfortable is enough to make even the meek brave.

But beyond the economic and class structures, is there another factor at play – particularly for people of the diaspora?

Being Black in the West is a bit like being an adoptive child. We sometimes have to discover ourselves (in a cultural, societal and often mainstream-accepting way) before we can have the surety to lose ourselves. Psychologically, it is understood that children with unstable backgrounds often need to create their own stability before (if ever) having the time and inclination to set off on their own true adventure, whilst children with stable, unwavering homes and backgrounds feel confident and comfortable enough to set off on their own untrod path because there is a stable place to return to. The definition of diaspora is the dispersion or spread of any people from their original homeland. So, if we, as black people of the diaspora, have a certain collective instability, would it be true to say that we too often substitute our individual calling, our unique path of adventure for a feeling of belonging, collective cohesion, acceptance and mainstream understanding?

Perhaps I have more of a unique understanding of this than most – I grew up the only black in the village to an African American dad and a blonde-haired-blue-eyed mother. I didn’t have any connection to the dominant Black British culture, which consisted at the time of mainly West African and Caribbean descendants. Neither did I look anything like my white counterparts. I was met daily with ‘Where are you from?’ And when I eventually made it into a more diverse stage of my life (which, in hindsight, took great effort and determination) I was also met with the same question from Black people,

‘African American? Which part of Africa?’

I spent much of my life, often unconsciously, being black. I had to find my blackness and slowly but surely own it. I had to birth my identity – learning my heritage and history, both through the lens of colonialization and then beyond to Imhotep, Masa Mali and Egyptian Kemetic teaching. The unearthing was valuable and much needed – like a child meeting one of its birth parents and discovering its biological roots. It has been an enriching and empowering journey but recently, in my mid to late thirties, I have felt the tie to this identity start to loosen.

In the media we are struck by how marginalised we are in terms of representation. We see clearly the lack of black characters existing beyond the ‘angry, black woman’ or the ‘gang member’. Yet as an actor I am surrounded by performers and writers that embrace the many complex, nuanced and often vulnerable, funny sides of the human experience. Being on Peep Show was a wonderful way to witness this – well educated, white men taking the absolute piss out of themselves for being incompetent, bad in bed, deeply insecure and at times immoral and deeply disappointing. What freedom that is! To have the space to be all those things - the space to see yourself - and allow the world to see you - as a fully rounded, imperfect human being - and to feel secure enough to laugh at that.

I’m not saying that we as black people don’t do this or can’t do this. I just wonder where we might be if we didn’t have to first work out, navigate and make understood our blackness. When I first visited Barbados, a 96% black country I was fascinated by watching black people in an environment where for the most part their blackness was a given. Even in that environment there is still the lingering effects of British imperialism and the American culture permeating from across the water, dominating the media. But there was a freedom in the families that gathered on the beach for Sunday BBQ’s. There was a different walk in the teenagers as they strolled along the breezy promenades after school – a lightness – and for the first time I saw the weight of being Black under the White gaze. An unseen weight, invisible to white people and often to ourselves.

Our experience is not monolithic. I know this. There are many black people who instinctively know themselves and their blackness so securely that they feel the freedom to live beyond that space and be uniquely themselves. I have friends like this. But back in the noughties they often stood out and were met by disapproval from other black people and misunderstanding from their white counterparts. Why aren’t you raving at Gas Club and watching MTV Base?

But now in this time of coronavirus-collective in-breath we can have the opportunity to meet ourselves in a space beyond race, gender, culture and the need to make this comprehensible to others. And once we have met ourselves in this expansive limitless space, we can then meet others there too. The people who may or may not look like us or share our exact experience but who we connect deeply with - who inspire and excite us to be our authentic self.

I am not abandoning my blackness – I can never do that – it is woven into my human experience - like being a mother, a woman and dual heritage. All labels I wear with pride. I’m not necessarily planning to disappear into the Indian wilderness either. I am simply wondering what might await us if we explore life beyond labels, disappearing into ourselves and discovering true freedom – if we dare.